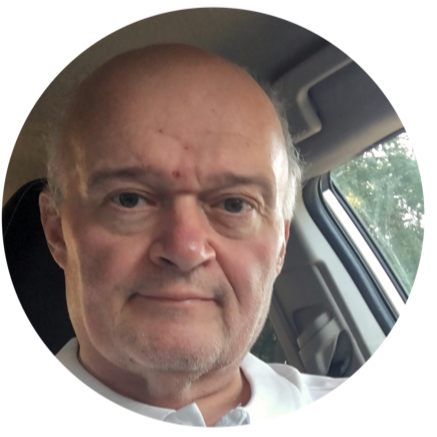 Fabio, I4UFH has been involved with Ham Radio for more than 40 years. His main love for Contesting, allows him to still discover, almost daily new ways to communicate and be united with friends all over the world.

I was born in Argentina in 1960 and I moved to Bologna, Italy when I was 6 years old. When I was a kid, the germanium transistor era was at its beginning, and at 9 years old I started to play with these devices, by first building audio oscillators and then audio amplifiers. After a while I was introduced to the RF world. It was a blast! In 1972 at 12 years old, I got my first handheld radio, with 5 transistors, a wide band receiver and only one crystal transmitter channel!
I still remember the first QSO, at a short distance, only 200 m away, but it was over a hill similar to what G. Marconi has done in the past! Bologna by the way, is the city were G. Marconi was born. This was the first spark that started my Ham Radio career.
After graduating in Electronics, at 18 years old I passed the license test, and got the I4UFH callsign.  At that time I was addicted to the main DX-ing awards. DXCC, WAS and WPX were my first targets. In 1982 I started to get involved as an operator at the IY4FGM station, located in the house that once belonged to G. Marconi. That’s how my interest in contesting has started. My first CQWW participation was in 1982 in the M/M category, right from that prestigious QTH ! That was the first step in my 40 years of my contesting career.
The next step for me was to experience the sunspot cycle #22 on the top of a 70m high water tower, with the IR4T callsign. After several good European scores, in 1995 I moved away in order to taste the 3 points pileups by operating for 5 years at IG9, Lampedusa Island in CQ zone 33. That was amazing! Tons of QSOs went into the log, in several different categories, a real exhilarating experience... The next step was to find the best place in the world for contesting, and after several incredible activations around the world from FY5, TG9, SV9, FJ and 1A4A, I landed in Cape Verde D4.
Our team was lucky enough to start contest activations from D4 in 2001, followed by many others, until 2017 with several callsigns D44TD, D4C, D4Z, D41CV. Those were the best 16 years of my Ham Radio activity.

After that, new opportunities have showed up with activations such as EF8R, CN2R, PJ4G to mention just a few.
Meanwhile, in the last 25 years I was involved with WRTC (World Radio Team Championship) Community. WRTC is the Ham Radio Olympic Games, and from 1996 until now, I participated six times, as Competitor, Referee and now in 2022 as Organizer. For more details, please visit: www.wrtc2022.it  In 2014 I received my USA Extra License with the vanity callsign WY6O, a hard exam for a foreigner.

I spend every day of my life, one way or another, engaged in amateur radio. It is more than just a hobby for me; it is my community. It is where I live; where I have built lifelong friendships, and friendships that span the globe. Amateur radio allows me to dream and to experiment.

During the many years of contesting, I also started to play with Cabrillo files. Initially in 1990 with CT, then moved to WinTest and finally to DXLog.
No matter what logging software I have used, I was not able to find a good set of tools to deeply analyze the logs. Every time I tried to analyze a log file I had to use complex conversions procedures to Excel and then attempt to extract information I needed. In the end I realized that these are generic tools which not tailored to our real contesting needs.
During the last two years of my pandemic life, I spent some time enjoying my old passion of coding. And that’s how the Contest Log Analyzer was born. I never really lost that computer programming passion but I just gave it a low priority.
Initially, the intention was to use the software mainly for my own needs. But after a while some friends encouraged me to extend the capabilities of the Application so that it becomes a real Tool to investigate and deeply analyze the Logs as well as understand better how our buddy has gotten a few extra multipliers, or to learn how to expect a particular band opening at a particular time...
Contest Log Analyzer is based on over 40 years of Contesting knowledge, providing the mainframe for extracting all the possible detailed information that can be inferred from a Log file.  Contest Log Analyzer is an application created by a Contester for the fellow Contesters....

Enjoy your radio Activity and see you in the next Contest!